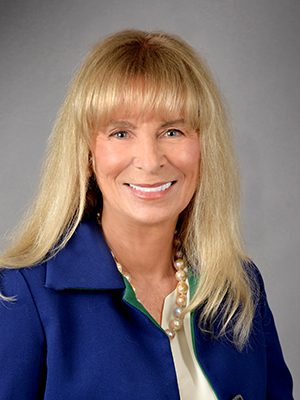 Mary Ann Pentz, Ph.D., is a Professor of Population and Public Health Sciences and Director of the Institute and Professor in the Department of Population and Public Health Sciences. She received her B.S. in Psychology from Hamilton College, Clinton, New York/ She received her M.A. and doctorate in Psychology from Syracuse University in Syracuse, New York. For over 20 years, her research and program development have focused on community and policy approaches to preventing tobacco, alcohol, drug use, and violence in youth. Her findings contributed to the formulation of a U.S. Senate bill and use of evidence-based criteria for appropriating funds for prevention under the Safe and Drug Free Schools Act. Her recent translational research includes evaluating dissemination of evidence-based prevention programs and policies, translation of evidence-based substance abuse prevention to obesity prevention, and smart growth communities as a built environment intervention to promote health. She has published widely in psychology, public health, and medical journals on the use of multi-component approaches to community-based prevention including those in mass media.Two of her programs, Project STAR (a school and community-based program for drug abuse prevention) and TOPP (a tobacco and drug policy program for schools), have received awards from Congress and the Center for Substance Abuse Prevention and are on the National Registry of Effective Programs. Project STAR is the longest-running drug prevention trial in the U.S., having followed youth from early adolescence into mid-adulthood and their own school-age children. A recent program, Media Buzz (the first media literacy program designed specifically for drug abuse prevention), is expected to be considered for the National Registry next year. A new prevention trial, STEP, involves 24 cities in Arkansas, Colorado, Iowa, Massachusetts, and Missouri. Findings are showing successful adoption and diffusion of evidence-based drug prevention in these cities.

In addition, Dr. Pentz has chaired the NIDA Epidemiology and Prevention study section, been a member of Attorney General Reno’s Task Force on Methamphetamine and the NIH Peer Review Oversight Group. Dr. Pentz is currently Co-Director of the USC Tobacco Center of Regulatory Science (TCORS) and Co-Leader of the Cancer Control Research Program at USC Norris Comprehensive Cancer Center.